This site is maintained by Jason Wang and Boot Leg. We're two Chinese music lovers who are both avid fans of American folk singer-songwriters.

From 2017, we've decided that we'd choose different styles for our pages: Boot will use Georgia font and blue background for the pages he maintains, while Jason keeps using the old Verdana font and yellow background. We'd welcome anyone who would like to be an admin of our site, but you should know how to create webpages - Adobe Dreamweaver, I'd suggest - and know your guitar well...!

This page is created and maintained by Boot Leg. Please forward any addition or correction to ffpr@qq.com. You can also post in the site forum's "corrections and suggestions" board here. Thanks!

Please forward any correction or suggestion to Boot Leg at ffpr@qq.com. Thanks for your support. 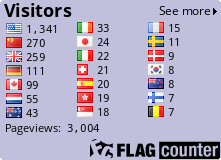