This LP was recorded at a benefit concert held in the United Nations General Assembly in New York City on January 9th, 1979. The concert was intended to raise money for UNICEF world hunger programs and to mark the beginning of the International Year of the Child.

Each performer signed a large parchment declaring support for UNICEF's goals. Not all of the performances were truly live, though - the 5th and 10th tracks were lip-synched.

John Denver sang "Rhymes and Reasons" accompanied only by himself on the 12-string guitar. It's the only acoustic song on this album. He also lead all other participants into the encore, "Put a Little Love in Your Heart". However, the all-star encore was omitted in the final LP release.

TRACK LISTING
You can listen to audio samples from this album or click the song titles for lyrics and information on the song.

Email me at ddpro@163.com if you have anything to ask or suggest. Thank you! 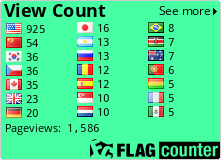